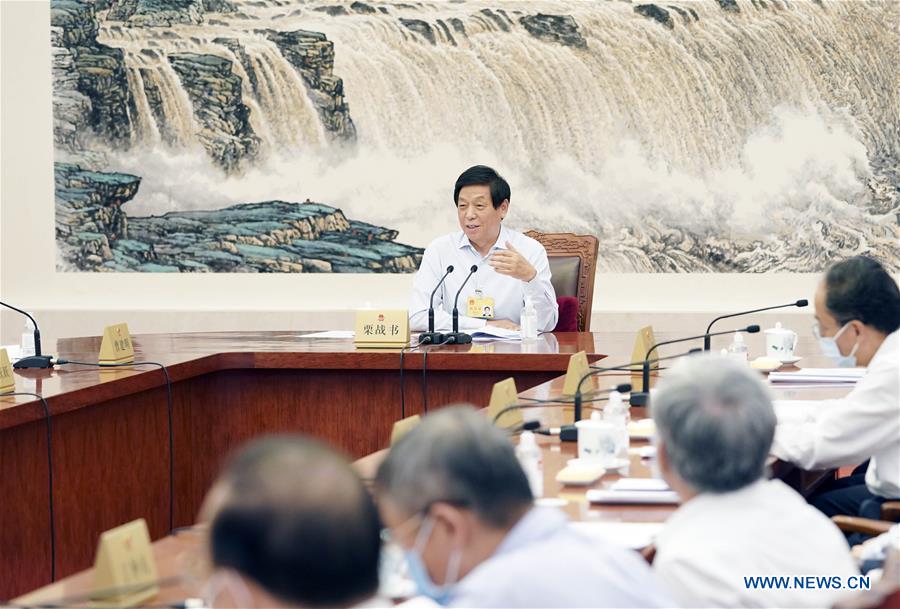 Li Zhanshu, chairman of the National People's Congress (NPC) Standing Committee, presides over a meeting of the Council of Chairpersons of the 13th NPC Standing Committee at the Great Hall of the People in Beijing, capital of China, June 28, 2020. (Xinhua/Liu Weibing)

Senior Chinese lawmakers have met to hear a deliberation report on a draft law being reviewed at the ongoing legislative session.

Li Zhanshu, chairman of the National People's Congress (NPC) Standing Committee, presided over Sunday's meeting of the Council of Chairpersons, which heard the report on suggested revisions to the draft law on safeguarding national security in the Hong Kong Special Administrative Region.

Based on lawmakers' deliberations, the NPC Constitution and Law Committee has prepared a version of the draft law proposed to be voted on.

The meeting decided to submit the draft to the current session of the NPC Standing Committee for review.