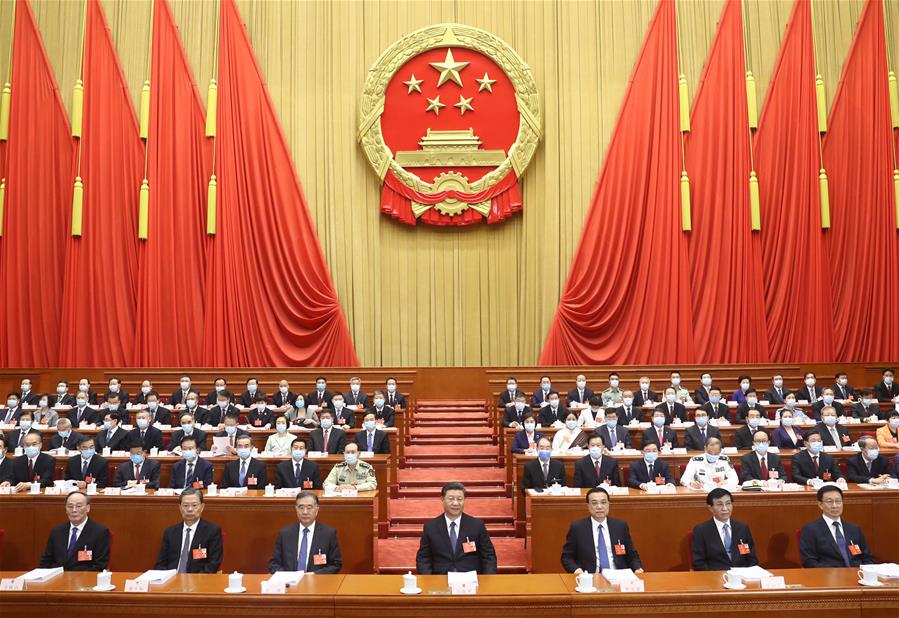 The third session of the 13th National People's Congress (NPC) opens at the Great Hall of the People in Beijing, capital of China, May 22, 2020. Leaders of the Communist Party of China (CPC) and the state Xi Jinping, Li Keqiang, Wang Yang, Wang Huning, Zhao Leji, Han Zheng and Wang Qishan on Friday attended the opening meeting of the third session of the 13th NPC, and Li Zhanshu presided over the meeting. (Xinhua/Ju Peng)

Xi Jinping and other Chinese leaders attended the opening meeting of the third session of the 13th National People's Congress, held at the Great Hall of the People.

Attendees at the meeting paid a silent tribute to martyrs who died fighting COVID-19 and compatriots who lost their lives in the epidemic.

After the mourning, Premier Li Keqiang delivered a government work report on behalf of the State Council to the legislature for deliberation.