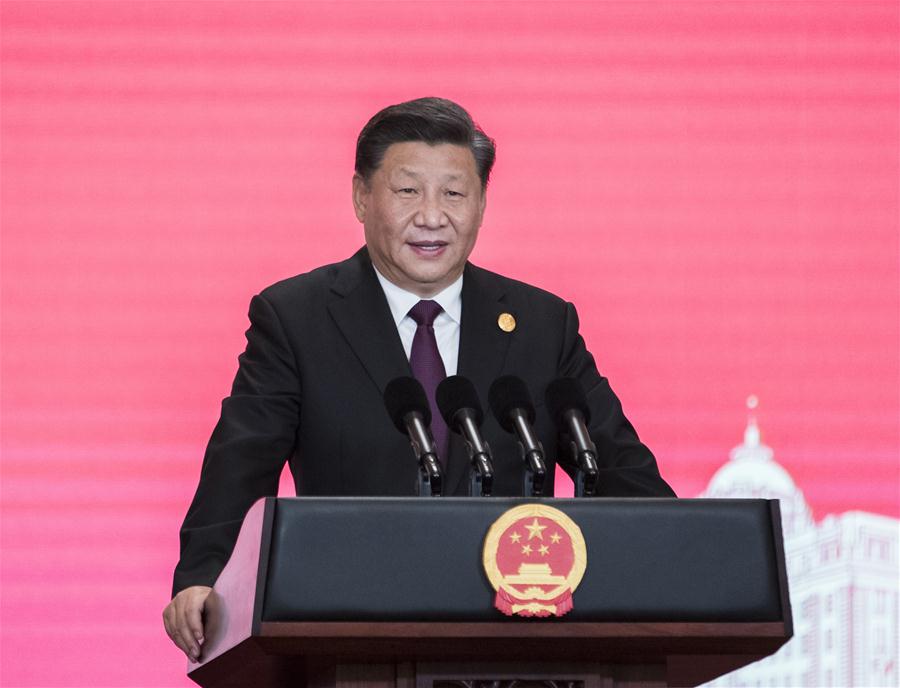 Chinese President Xi Jinping and his wife Peng Liyuan hosted a banquet Monday evening in Shanghai to welcome distinguished guests from around the world, who are here to attend the second China International Import Expo (CIIE).

The CIIE is designed to trade goods and services, exchange culture and ideas, welcome visitors from across the globe, benefit the whole world and respond to the aspirations of people from various countries to live a better life, Xi said.

On behalf of the Chinese government and people, Xi extended a warm welcome to foreign leaders and guests.

China has made remarkable achievements over the past 70 years since the founding of New China, especially during the country's 40-strong years of reform and opening up. "From the course of China's development, we realize that China will do well only when the world does well, and vice versa," Xi said.

In a short time, the CIIE started from scratch and quickly attracted wide participation of countries and enterprises from all over the world, said Xi, noting that it has become a major initiative in the history of global trade and an important platform for international cooperation in the new era.

By holding the CIIE and proactively expanding imports, China is taking the initiative to pursue a new round of high-level opening up, deepen international cooperation in advancing the Belt and Road Initiative and jointly foster an open global economy, Xi noted.

He expressed his hope that various countries can enhance cooperation and promote the development of the world economy.

The second CIIE will be held in Shanghai between Nov. 5 and 10.